It’s no secret that I love Christina Henry’s take on Alice and have been eagerly anticipating to read its sequel, Red Queen. Being a lover of the darker arts (I hope this does not change your sunnier opinion of me) (I am no sunny person in any way), Henry’s dark and grotesque version of wonderland hyped me up to read more from her. Yet, as all sequels are, there are bigger things to expect and my high expectations for Red Queen left me enjoying the novel less than its predecessor.  END_OF_DOCUMENT_TOKEN_TO_BE_REPLACED 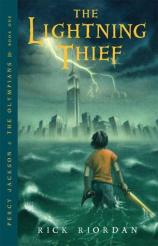 Now, what is it in this book that appealed to so many? If you have not read it, why should you read it? What should you expect from it? Why is that person hushing me when I mention the name Zeus in public? Why do girls and boys like Nico so much? Why did Luke deserve better (no really, he deserves better)? All these, I won’t answer, unfortunately, but there are more than enough reasons to start reading the series.  END_OF_DOCUMENT_TOKEN_TO_BE_REPLACED 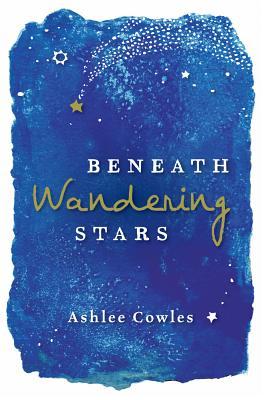 “But right now I can’t help thinking this universe is a mystery that wants to be solved; a mystery trapped inside each and every one of us.”

I’ve been thinking for a long time what to say about this novel. I have finished Beneath Wandering Stars months ago and I have so much to tell you guys about it but whenever I face  computer screen or paper, I am at loss of words. This wasn’t any other YA novel I have ever read and at the same time, this was everything a YA novel should be. Sure, this novel doesn’t have handsome fairies, vengeful queens, witches or wizards. It’s no fairytale retelling or dystopian fiction. It is about a girl and a boy walking a pilgrim, as simple as that. And yet, it extends even further into something complex and deep and wonderful at the same time. I also read a similar book long ago which features walking teenagers as well. No one dies horribly in this book, though.

Beneath Wandering Stars approaches spirituality and philosophy that I don’t get to see enough in recent YA fiction, not unless we’re talking about the angst-driven coming-of-age novel which main philosophy is to hate the world and all those living in it. Beneath Wandering Stars isn’t written with hate and despair, it’s written with longing. END_OF_DOCUMENT_TOKEN_TO_BE_REPLACED

I have kept my feelings welled up inside me– I have many times considered tearing the book apart were it not for my parent’s peaceful upbringing. So, I had to settle on tearing potato chips with my teeth as I scan the book and write my review.

Because I HATE A Court of Thorn and Roses yet, at the same time, I LOVE it.

I intended this as a different post but when I saw that TTT is having a freebie week, I decided to put the two together since I was having a hard time organizing my thoughts. The post shall contain rants and praises and god knows what else. Maybe profanity unless my zen upbringing proves stronger than I thought. At the moment, I’m listening to the Beauty and the Beast soundtrack, thinking of the time when fairytales were simpler but memorable; ACOTAR is anything but simple and its impact to me is as powerful as an ant crawling inside my ear. I think it is a brilliant book that subverts common fairytale cliches such as Instaromance and Happily Ever Afters into realistic affairs and turns innocent kisses to hot, steamy sex scenes. At the same time, it is a flawed book, which makes it more or less an interesting book to discuss. I’ll be talking about BOTH novels so there are spoilers of course.  END_OF_DOCUMENT_TOKEN_TO_BE_REPLACED

Among the stack of fairytale retellings, contemporary romance, and dystopian YA fiction, nothing fascinates me more than ever as the bittersweet coming-of-age novel. We’re talking about Catcher in the Rye where profanity is spoken with passion and angst is character. We’re talking about the alienated boy with issues, the misunderstood and ignored, the hopelessness of adulthood and the harsh reality that the world does not give a damn whether you slash your wrists or not. This sort of novel, perhaps, did not blow away our world or made it any better but it did something that you probably wanted to do for a long time– it cried, it wailed, it cursed the world and all of humanity– it’s like having a friend who could understand you.  END_OF_DOCUMENT_TOKEN_TO_BE_REPLACED 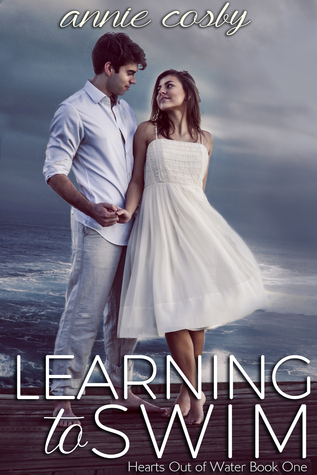 When Cora’s mother whisks the family away for the summer, Cora must decide between forging her future in the glimmering world of second homes where her parents belong, or getting lost in the bewitching world of the locals and the mystery surrounding a lonely old woman who claims to be a selkie creature—and who probably needs Cora more than anyone else.

Through the fantastical tales and anguished stories of the batty Mrs. O’Leary, as well as the company of a particularly gorgeous local boy called Ronan, Cora finds an escape from the reality of planning her life after high school. But will it come at the cost of alienating Cora’s mother, who struggles with her own tragic memories?

As the summer wanes, it becomes apparent that Ronan just may hold the answer to Mrs. O’Leary’s tragic past—and Cora’s future. (Goodreads)

“This has to be a joke,” I announced.

I proceeded to put down the book, followed by my forehead, and prayed for hope and patience because I was already quickly running out of those by page one. These first three lines scream the plot and the kind of characters I’m going to look forward to, and while it isn’t a bad way to open a book, it sets a humorous tone that doesn’t quite fit to the serious vibe the novel is implying in the synopsis. Or the angst that followed in the next 200 pages.

Cora, the Teenager of Angst and whose cheeks seem to have a life of its own (it blushes on its own and she talks to it), finds herself in a completely new neighborhood which gives her reason to angst more. In between her surly walks, she meets a strange old lady who tells her Irish folklore and an average, hot, sparkly brown-eyed, potential love interest swimmer who changes her life. We also have a few characters that makes Cora’s life relatively harder, like her Mother and her Father, the Third-Wheel, the Bestfriend, the Bimbo and Blondie (no really, she calls some people like that) and the ocean. Her only real friend is a dog.

Let’s get this on shall we? A warning guys. There shall be spoilers, rants, and

END_OF_DOCUMENT_TOKEN_TO_BE_REPLACED 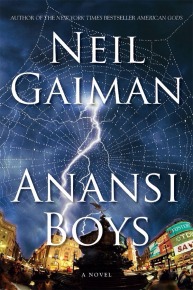 Fat Charlie Nancy’s normal life ended the moment his father dropped dead on a Florida karaoke stage. Charlie didn’t know his dad was a god. And he never knew he had a brother.

Now brother Spider’s on his doorstep — about to make Fat Charlie’s life more interesting… and a lot more dangerous. (Goodreads)

It is hilarious. Pretty much the main reason why you should check out the novel. It’ll have you chuckling, giggling, chortling and everything as the story goes on. Neil Gaiman nails the humour on this one and it was a nice, pleasant change from his darker novels. If you want a warm, funny read, then this is the book to savor. I read this one during my trips to work and found how difficult it is to pretend to cough for long, several minutes just to hide the guffaws stuck at my throat.

“There are three things, and three things only, that can lift the pain of mortality and ease the ravages of life,” said Spider. “These things are wine, women and song”…