Weekly Shorts is a segment where I feature short stories. This week, I’m featuring a couple of short animated films I’ve watched this week that you guys ought to check out.

A short film that perfectly captures the feeling of waking up in the morning. Kon has a strong grip on portraying dreams in his films. The amount of detail in this short is astounding and the concept is pretty amazing once you think about it. If you liked this one, you should check out Paranoia Agent, Paprika, and Perfect Blue– all three seams dreams to reality, inspiring the likes of Black Swan and Inception.

A lovely black-and-white film that merges 2D and 3D elements, set in 1940s New York. It’s a classic love story, but with animation, it transcends into something deeper and poignant, conveying the intimacy in connections and how far one’s feelings could reach.

A metaphorical film about love and emotions. I adore films that are open for different interpretations and this one attracts that sort of thinking. The film reminds me of an intense dance with a story. For me, it’s about people who want to be loved but are too selfish to love others; the chaotic emotions selfish love could bring; and the loneliness that follows as consequence. I would love to hear your thoughts about this one.

Weekly Shorts is a segment where I feature short stories I have read. Most of them come from short story collections and collaborations. If you thought this would be a feature on shorts and the legs that follow it, then you’re up for a disappointment.

Click the titles for more details about the book. 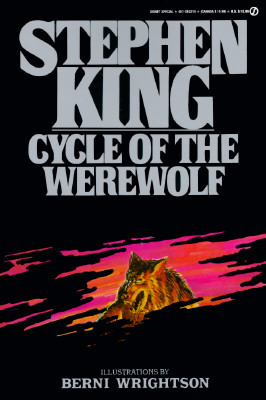 Cycle of the Werewolf by Stephen King

If you enjoy man slaughter and animal cruelty mixed with colorful visuals, then this is the shorts for you.

The book occurs over a span of one year, where each month we get to witness a violent death at the quiet town of Travis Mills. King writes from the perspectives of its folk where he once again exercises his effort and patience in crafting the individuals living in his fictional town. It has the common cynic streak that King always puts into his characters and if this was a novel, I could point out who would be his heroes and heroines and those who would certainly be werewolf kill. Because of its short run, I don’t think King has opened his characters’s full potential and so we are but left with caricatures and a pretty bland story compared to King’s other works. Nevertheless, it’s still a fun read and with Berni Wrightson’s illustrations, it’s kind of like browsing through a picture book. 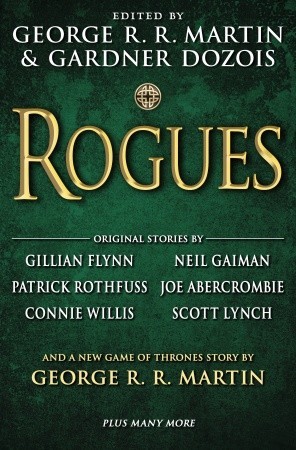 The main reason why I bought Rogues. I had waited for this story for years and as soon as I saw Rogues, I grabbed it immediately. The story is about the Marquis de Carabas snaking through the darker tunnels of London Below to find his lost coat and mostly, trying to keep himself alive from its strange creatures. We saw him in Neverwhere as a witty, crafty, and unpredictable fellow so seeing him at his vulnerable state kind of dispels the enchantment towards this character. As much as I love the Marquis, he’s the sort of character you couldn’t get enough of but does better in small doses. It was fun returning to London Below though, and the Marquis is never a bore. 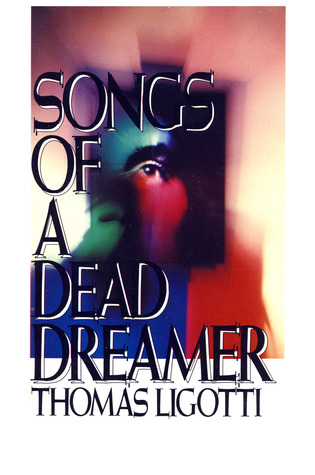 The Frolic (from Songs of a Dead Dreamer) by Thomas Ligotti

Two people talk about a psychopath.

Thomas Ligotti was my first introduction to Gothic Literature. No wait, Victor Hugo was actually my first until he tired me (though, The Hunchback of Notre Dame cured my insomnia). So, Ligotti is pretty much the first in the genre that I really enjoyed. The Frolic quickly got me hooked because reading it was like watching an episode of Hannibal– two people talking about a psychopath’s psyche and its beauty and horrors. Dr. Munck, a psychiatrist, finds himself questioning his beliefs after his conversations with ‘John Doe,’ who kidnaps children to ‘frolic’ with.

The story lies heavily on dialogue and, in comparison to the author’s other works, the execution is less abstract or dreamlike which I later discovered was Ligotti’s trademark. In this story, Ligotti writes writes in a more down-to-earth manner (but still artsy, nonetheless) and leaves the morbid details to the reader’s imagination, delivering a chilling story up to the end; it’s the perfect horror tale that’s not for the light-hearted but it’s worth a try. It’s a beauty.